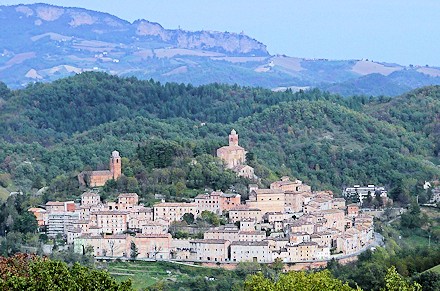 Montefortino: the town is located on the slopes of a hill on the right hand side of the river Tenna. The Sibillini Mountains form an amphitheatre around the town and their peaks, from Monte Vettore to Monte Sibilla and from Pizzo Regina to Monte Amandola can be clearly seen from all angles. The highest peak is 2000 metres above sea level.

A brief history of Montefortino

Historical records date back to the first settlements during the period of the Emperor Augustus (29BC-19AD) when the area was assigned to as a residence for the Roman soldiers. Between the sixth and eighth centuries it became a part of the Lombard territories and it was during this time that the church of Sant’Angelo in Montespino was constructed. This church later became a bastion for the Farfa monks during the tenth and eleventh centuries. At the beginning of the eleventh century the church of Santa Maria in Amaro was built, later transformed in the seventeenth century to the Santuario della Madonna dell’Ambro. This was due to a miracle in which a shepherdess who had been dumb from birth saw an apparition of Our Lady and regained her speech.

The construction of this fortified village on the ridge of a hill on the right bank of the river Tenna took place in the twelfth century. It became a free town in 1084 with its own statue which was then altered in 1126. During this period, Montefortino sided with the castle of Monte Passillo (now known as Comunanza) rather than nearby Amandola, Montemonaco and Visso. There were many resulting battles until 1265 when the church Madonna della Pace (Our Lady of Peace) was built.

After having been in the possession of Fermo, Montefortino fell under Camerino in the first half of the fifteenth century and then under the rule of the Sforza. In 1586 it was incorporated into the Garrison of Montalto of the Papal States and then in 1860 it voted for the transition from the Diocese of Fermo to the Kingdom of Italy.

Just five kilometers from the town centre you will find the ancient Santuario della Madonna dell’Ambro (Sanctuary of the Madonna of Ambro). From here you can easily visit the spectacular Gola dell’Infernaccio and then a short hike (even easy for children) will take you to hermit Father Peter at the church of San Leonardo. His silent and dedicated work has brought new life into this ancient church which is only accessible on foot.

Twelve kilometres from our agriturismo there is Monte Monaco which was once an outpost of the kingdom of Sibilla. From here you can take different paths to such wonderful places as the ‘enchanted fairy cave’ and Guerrin Meschino. Those arriving by car can travel the stunning route from Foce di Monte Monaco to the splendor of Lake Pilate. This lake is one of nature’s masterpieces and its crystal clear waters are home to the Chirocefalo di Marchesoni, a small crustacean which can only be found in this part of the world.

Twelve kilometres away, in the valley leading to Fermo, the villages of Monte Falcone and Smerillo can be found clinging to a cliff known as ‘the balcony of Le Marche’. From here you can enjoy breathtaking views of the sea and visualise how the region has developed and emerged. There are two small, but very special museums which contain many fossils found in this area. 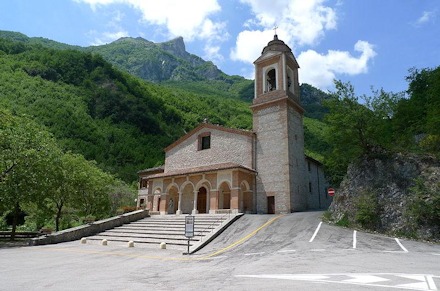 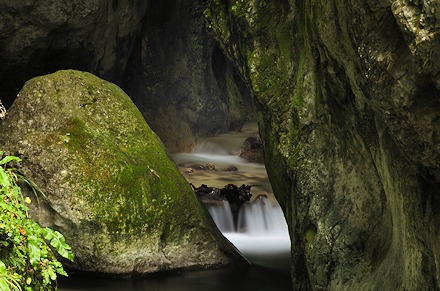 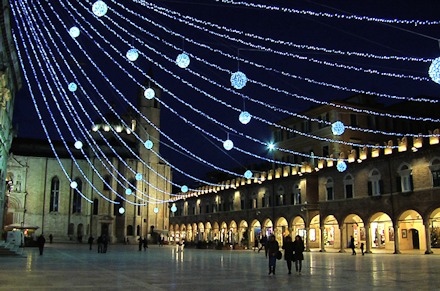 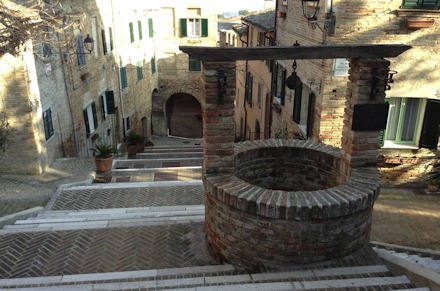 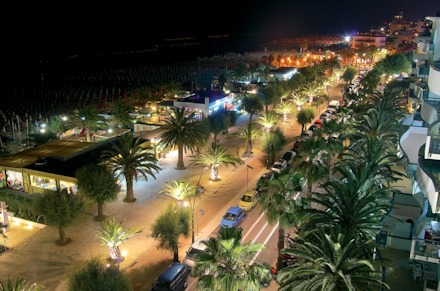 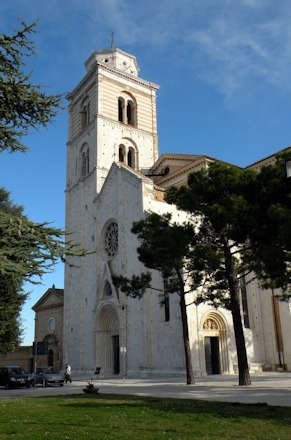 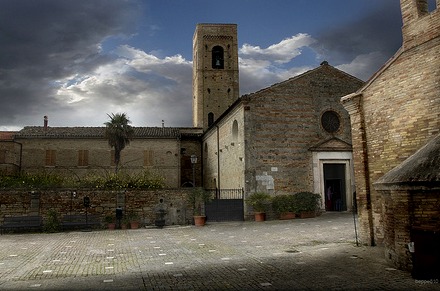 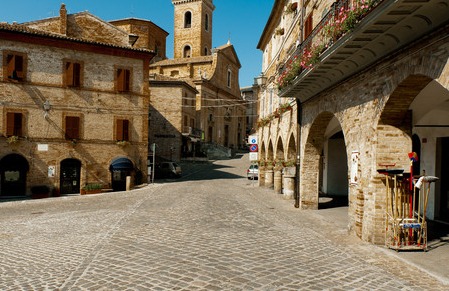 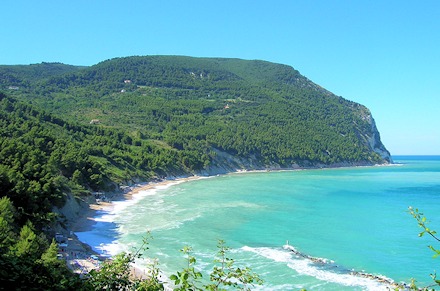 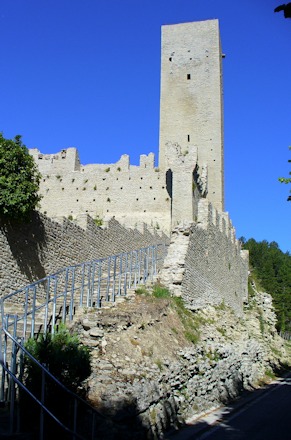 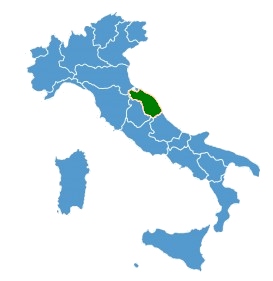 Le Marche has been described as quintessentially Italian partly because of its rich history and traditions, but also because of its breathtakingly diverse natural beauty. The area is perfectly positioned between the provinces of Ascoli Piceno and Fermo, from where visitors can easily reach both the coast and the mountains and discover places full of historical treasures that will fire the imagination.

San Giorgio. In less than half an hour, you can reach the heart of the Sibillini where it is possible to walk along the charming track that leads down to lago di Pilato (Lake Pilato) or to the cave of the Sorceress Sybil around whom many myths and legends are woven.

Additionally, you can uncover endless stories written into the folklore of the surrounding small villages and towns. Each of them has an ancient story to tell, many of which are backed up by the treasures to be found in local art galleries and museums, including the well-known Santuario della Madonna dell’Ambro.

In around 35 minutes you can reach the magnificent historic centre of Ascoli Piceno and in 50 minutes the charming town of Fermo.